We’re working our way through a really great book in our family devotions.  It’s called The Story of the Bible, by Beverly Hubbard.  I highly recommend it.  Anyhow, tonight our reading covered the story of Joseph.  I’ve always been fascinated by Joseph’s story, but in recent years I feel like I’ve seen more and more each time I’ve read it that I just hadn’t ever noticed before. Isn’t that one of the most wonderful things about the Word of God?  It is alive!  I can spend the rest of my life reading the same stories over and over again and I will find something new, something relevant to where I am at that moment each time!  Here are a few things that about 30 years of reading the story of Joseph have taught me:

You know how, so often, when you read the Bible, the characters seem so flawed and unworthy and you find yourself wondering why in the world God chose to use them?  Well, Joseph’s story is unique because he is one of the very few men in the Bible that seemed to pretty much get it right.  The Bible doesn’t really record any screw ups.  I’m sure he sinned – he was human after all, but throughout the story he seems to have this unwavering faith that just doesn’t ever fail!

I can only think of a handful of other characters that could say the same: Daniel, maybe the other Joseph (Mary’s husband) and Enoch. (Although his story is what, 3 sentences?)  For much of my life that’s all Joseph’s story was to me, the story about that one truly good guy, the story that taught me that with really big faith even a flawed human can prevail through the most difficult circumstances, with the hope of getting it right.

Then I got married and Joseph’s story became a little more.

Now he was not just the guy who got it right, but he was the man who had the courage to run!  When a beautiful woman threw herself at him, Joseph was the heroic gentleman who refused to take what wasn’t his.

He was the man who honored not just that woman by treating her with respect and refusing to objectify her, but also his master, his future wife, himself, and above all else, God.  He became the example to hold on to.  The hope that men could be honorable.  He was what I prayed my own husband would be.

Years later I began to come to grips with my own personal “besetting sin.” That thing that would hunt me and keep me in bondage for far too many years: bitterness.  I STRUGGLE with bitterness you guys!

I have a very strong sense of justice and tend to see the world as pretty black and white when it comes to what’s right and what’s wrong.  When I feel that I (or even worse, someone I love) have been wronged my sinful heart wants to think and think and think about that wrong.  I cannot tell you how many countless hours of my life have been wasted in imaginary conversations with people who needed to get a piece of my mind.

Not Joseph, though.  Suddenly I was reading the story of Joseph and was overwhelmed by the apparent ease with which he was able to forgive his brothers.  How I wanted that attitude!  Why was it so easy for him I wondered?

The answer was easy, it’s right there in the story. It was easy for Joseph because he had faith in God’s sovereignty. He understood that while people do terrible things, there isn’t anything that anyone can ever do that will catch God by surprise.  He’s the One who ultimately is calling the shots and he has this huge, amazing master plan that we just can’t see.  He uses all those ugly things and he uses all the beautiful things too, and he weaves them all together into this magnificent tapestry of a story.

Joseph understood what a privilege it was to be a part of that story and he trusted the Author.  I learned that forgiveness gets a lot easier when I can stop seeing myself as a victim, and can instead look at injustices as part of God’s good plan for me.

Joseph could forgive because he had faith in God's sovereignty. He understood that while people do terrible things, there isn't anything that anyone can ever do that will catch God by surprise. Click To Tweet

Faithful Through the Years

In the past few years something new in Joseph’s story jumped out at me:  He waited on God for A LONG TIME!  It’s so easy to lose the weight of time in Bible stories.  Years and years unfold in a few sentences.  Joseph was about 17 or 18 when his brothers sold him into slavery and he was 30 years old when Pharaoh made him the ruler over Egypt.  That’s 12 years or more!

We know that he had already been in prison for a little while when he interpreted the dreams of the chief cup bearer and the chief baker, and we know that he was left there in prison for two more years after that! So we can assume a minimum of 3 years – probably more than that IN PRISON!  That’s a long time to be stuck in an ancient prison! (Especially for something he didn’t even do!)  I promise you, there was nothing fun about that situation. And it went on for years and years!  Yet Joseph remained faithful through it all.

How many times do I feel bogged down by the time it seems I’ve been asked to spend suffering?  So many years of pain and heartache and it begins to take its toll on me and I begin to question God.  I begin to think that He would never ask someone that He loves to spend so much time in such a dark place.  Poor, poor, ME!

But not Joseph!  That wasn’t Joseph’s attitude at all!  In fact, that’s what I saw for the first time ever tonight: Not only did Joseph not feel sorry for himself during all those years of suffering, but he un-waveringly served God with gusto!  There is such humility in that!

I want Joseph-level humility.  The kind of humility that can go from being the favored son in a house of privilege to a servant in the home of a foreign stranger overnight and decide to be the best servant there is. Joseph could have pouted, or even petitioned his new master to give him justice.  He could have told his story and maybe even been returned to his father, but he didn’t do any of that.  He worked hard, he did his best, he trusted God.  I want to be like Joseph!  I want my story to be the one where she gets it right. I want to be un-waveringly obedient. I want to be quick to forgive. I want to be patient in trials.  I want to have the humility to do my best even when the future seems bleak. I want to have the kind of faith that says, I know who writes this story, and I’m so privileged that He included me! I want to be like Joseph!

*This is an affiliate link. Click here to read my full disclosure statement.

I want to have the kind of faith that says, I know who writes this story, and I'm so privileged that He included me! I want to be like Joseph! Click To Tweet

**How about you? Have you found inspiration from the story of Joseph? Have you ever felt like your situation was just taking too long? Does Joseph’s example encourage you? Tell us about it in the comments below!

**If you’d like to receive an email from His Dearly Loved Daughter once a week informing you of new posts, and keeping you up to date on all that is happening with the ministry, subscribe by clicking the button below and filling out the form. Please check our privacy policy to learn what information is collected and stored. Thank-you, and God bless! 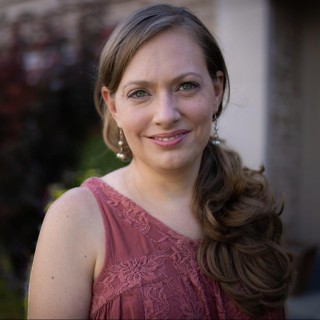 I am a wife, mother, and passionate follower of my Lord and Savior, Jesus Christ. I started blogging after the full extent of my husband's sexual addiction and infidelities came to a head. Since then we've experienced one miracle after another as God has healed each of us and our marriage. Now, we share the hope we found in Christ with others on the same road to healing through the beautiful ministry God grew out of the ashes of our darkest days.

Hope for Today’s Verse of the Day

*Click through the "verse of the day" image below for today's devotional encouragement in Hope For Today.
[tdih type=verse-of-the-day show_year=0]

Check out our book!

A2U is the BEST accountability software out there! Click through our affiliate link and start protecting your family today.

Are you a betrayed wife who is fiercely committed to seeking and following God as you heal? Are you looking for a community of like-minded women also recovering from betrayal trauma? Join our secret Facebook group today! Click here to connect with Cherith on Facebook. Private message to request to be added.

*This is an ad. HDLD Ministries does not pick the ads on this site. They are chosen by google based on your cookies.